A little bit about Chris Cragg 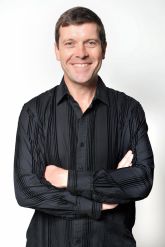 Just a little bit about what I have done over the years!

I have played guitar and sang for over 30 years...and there is not much I havent done!

I'm still passionate about music and I never seem to tire with the pleasure that music and performing can give people.

I've recently been interviewed by the BBC to give my input on shows such as The Xfactor and Britains Got Talent, and this year Channel 4 sent a crew to Arena Studio to shoot a documentary about the last 50 years of music, which was broadcast in July

Some of my highlights include coming runnerup in "Club Entertainer of the Year"...producing and performing with Xfactor winner Shayne Ward.

I have done over 3500 professional shows over many years and performed across the UK and Europe!

I am a professional guitarist, singer and producer. I have sang solo to an audience of 40k at Old TraffordFC!.

For a number of years I coached vocals at Winsford Eact Academy and also at Sir William Stanier Crewe.

I have recorded and produced artistes of all ages, styles and genres. I prefer to work with a combination of analogue and digital equipment, and I am a huge fan of Protools, the industry standard recording software used by all the best studios around the world!

I have remixed tracks by Adele, Alicia Keys and Jason Derulo.Whatever your project requires...I have over 30 years experience to call upon.

I have shared the same stage as Beth Ditto (gossip) Shayne Ward, Natasha Hamilton, Nicki French, Hazel Dean, Destiny and Billy Pearce. I was also a session guitarist for RCA.